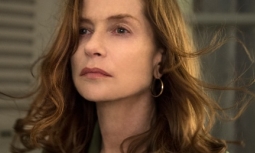 With a back catalogue featuring some of the greatest satires of our time, it should be expected that Paul Verhoeven's Elle is worthwhile viewing. But this is a far more complex and mature offering than his most famous Hollywood works such as Robocop and Starship Troopers.

With Isabelle Huppert -- one of the great actors of our time -- in the lead role, the viewer is treated to a fascinatingly nuanced performance: Michele's story is brutal, both historically and presently, but she is fantastically strong despite her many ordeals. The depth of the central character is ably reinforced by the work of the supporting cast, who together conjure something of a whodunnit which will have you hooked from beginning to end.