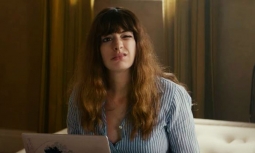 A genuinely entertaining update on the buddy comedy slash monster movie, but Colossal is, handily, much more than that.

Anne Hathaway takes the lead as jobless party animal Gloria, whose relationship is on thin ice on account of her endless revelry. Finding herself back in her home town, she meets up with an old friend, and settles into a new routine, albeit a relatively impoverished and somewhat drunken one. After a heavy night, Gloria wakes to news that a giant monster has attacked Seoul, and this film takes on an unexpected new form.

The tale is most refreshing, and has a somewhat refreshing climax given the talent involved.